To begin with, we have to acknowledge that Rap Game in Nigeria is now a very tight game where only the sickest and dopiest can survive. It has gotten to the stage were punchlines are been used to punch out fake emcees and wordplays aren't for kids any longer. It is now at a level where by for you to stay on top you need consistency and not just parade past glory. Rappers now need to add creativity and versatility to the talent so as to produce the kinds of music their fans want to keep hearing over and over again.
Aforementioned however, it should be taken into cognisance that the Rap Game in Nigeria wouldn't be what it is today without the likes of some old folks who infused rap and pivoted it. The likes of Mode 9, Eldee and the Trybes family, Eedris Abdulkareem, DaGrin, Nigga Raw, Ruggedman, M.I, Six Foot Plus Terry Tha Rapman and Sasha, who at different moments gave a new look and meaning to rap music in Nigeria.

With that been said, this week, we are going to be taking a critical look at the 10 hottest rappers in Nigeria who have continued to keep the rap fire burning and the flag flying. Note however, this list is compiled based on these criterions;


1. Albums
2. Punchlines and Wordplays
3. Versatility
4. Consistency
5. Collabos and
6. Fan base.

This means that all the rappers that would be mentioned here must have released at least an album, have deep understanding of punchlines and wordplays, must be versatile, should be consistent and also must have a handful of collaborations.

Please note that this article will be in two parts, the first part carries least 5 of these seasoned artistes and the second part which would be published later will encapsulate the remaining top 5.

Having this in mind, here are the 10 hottest rappers in Nigeria (in descending order) 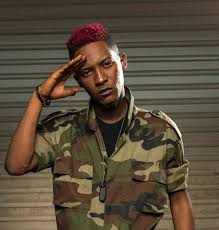 Born into the Abaga family, Jesse Garba Abaga is the younger brother to M.I Abaga and he also signed to Chocolate City which now has M.I as the President. Jesse Jagz who is has also been describe as Nigerian Kanye West due to his flirtatious experimentation with different genres of music from R&B to Roots Reggae to Pop broke into the limelight with his hit single Sugarcane Baby and after that there was no slowing down for the Taraba born star. He went on to release three monster hits Wetin Dey, Pump It Up and Nobody Test Me ft M.I and Ice Prince as he was preparing for his first solo album. One of his singles “My Brother” was selected as part of the International Music Entrepreneur of the Year (IYMEY) 2008 compilation and in 2009 he was selected to represent Nigeria at the 2009 edition of Sauti Za Busara Music Festival, a yearly international festival that has established itself as one of Africa’s leading music festivals which held in Zanzibar, Tanzania. In 2010, he released his debut album Jag Of All Tradez before staying quiet from 2011 to 2012 as he had a fall out with Chocolate City. He made his return in 2013 dropping two singles and an album which did not only put the spotlight back on him but also proves that he is one of the greatest rappers in the game. 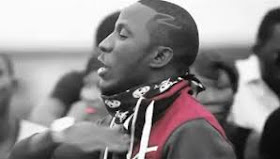 Seriki Omo Owo whose real name is Seriki Ibiyemi is another soldier in the “Ibile United Movement” and has stayed consistent and relevant after dropping his smash hit single Agbalumo.

The rapper who started rapping professionally in 2010 got his breakthrough under 9ice’s Alapomeji record label where he released Agbalumo and Undisputed.

Seriki was able to prove his critics wrong when he released two singles “Baba O and Love Song” as these tracks were well received by music fans and from henceforth Seriki has been everywhere in the industry jumping on features and releasing single before he dropped his album. Seriki who also feature alongside Vector, Olamide, Phyno, Yung6ix, Phenom, Buckwylla and Liu T on Laylow “What it Do” song which has been tagged one of the best rap hip-hop collaborative song of all time. He has also worked with the likes of Reminisce, Baseone, Tupengo, Jahbless, Oritse Femi, Patoranking and 9ice to mention a few. He recently dropped one of the hottest rap songs SBM (Stand Back Murdafu-Cker) which features Vector the Kingkong’. 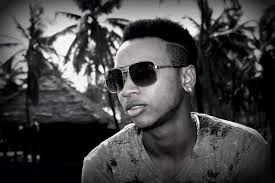 The acclaimed King of the South whose real name is Onome Onokohwomo was born and raised in Warri. After leaving secondary school he moved to Lagos to pursue is music career and finally got his breakthrough when he did the cover of Ice Prince’s Oleku in 2010.

After that, 6ix like he his fondly called didn't lag as he went on to release songs like Far Gone ft P. Fizzy which was accompanied by a video all from his Green light Green Mixtape.

In 2011 6ix started work on his debut album after his record label 411Enternament went into a partnership deal with Storm Record. Follow Me ft Wizkid was the first single off the album. That same year he released Oh My Gosh still from his Green Light Green project and that song got him Lyricist on the Roll and Best Rap Single nominations at the Headies Awards the following year. By 2012 he dropped the video for Oh My Gosh which had cameo appearances from Naeto C, Jesse Jagz, DJNeptune, and P. Fizzy. 6ix fan base increased when he featured on M.I Illegal Music 2 mixtape and he was subsequently co-signed and nicknamed King of the South by M.I. 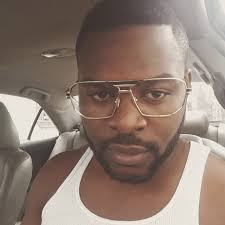 He is the son of popular human right activist and lawyer Femi Falana and just like his father he also a lawyer but with a great passion for music that he had to leave the court. Falz The Bahd Guy whose real name is Folarin Falana didn’t get much attention when he first came into industry because of his style of rap, he uses a different kind of English/Yoruba ascent that somehow made music lovers think of him as unserious.

The lawyer turn rapper soon began to get noticed for his funny rap style when he dropped his mixtape titled Shakara which was also the name of the hit song off the mixtape. After that Falz went on to release songs like Cool Parry ft Saeon, 123 ft Oyinkansola and WazUp Guy as he began work on his debut album titled WazUp Guy. Before dropping the album in 2014, Falz released three more singles High Class, Currency and Jessica which finally won the heart of music lovers as they became accustomed to his unique and comic way of rapping.

Falz became one of the most sought after rappers after he released the visual to one of the songs Marry Me ft Yemi Alade and Poe which gained tremendous view on YouTube and from that moment, this dude has been everywhere. Falz who has worked with the likes of Olamide, Phyno, Omo Akin, Simi, Show Dem Camp, Sir Dauda just but to mention a few as two hot singles that is making everyone go gaga, Karashika ft Phyno and Gerrara Here ft Koker. 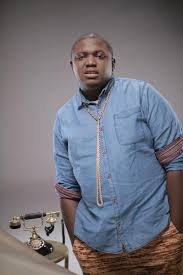 Born as Tobechukwu Melvin Ejiofor, Oga Boss like he is fondly called has been in the rap game since 2006 as he was part of the then Thorobreds. In 2008 Illbliss became a solo artiste and his first single was U Go Wound O which won the Sound City Music Video Awards (SMVA) for Best hip hop video and the award was presented to him by American Superstar Nas.

In 2009 Oga Boss released his debut album titled Dat Ibo Boy and it had hit songs like Dat Ibo Boy and Aiye Po Gan ft Terry G and in 2011 Illbliss returned to the studio to began work on his sophomore album titled OGA BOSS. The first two singles Anamachi Kwanu and My Heart Beats enjoyed massive airplay across the country as Illbliss finally cemented himself as the Oga Boss in the rap game. Illbliss who has worked with the likes of Timaya, Naeto C, Ice Prince, Silvastone (U.K. artiste), Chidinma, Phyno, Olamide, Banky W, WizBoy, Tha Suspect e.t.c has a Joint Venture; CAPital Hill Music/Goretti Co. with Clarence Peters

His latest singles Chukwu Agozigo Gi and Many Men ft Wizkid which are off his third studio album "Powerful" are currently getting massive airplay and the album itself has got much praise from his fans and music pundit.

So people there you have our least 5 out of the #AbsoluteTopTenNaijaRappers, is there anyone on the list you feel shouldn’t be there or probably there is someone that was suppose to make it that we didn’t mention.

If so, feel free to drop your comments in the comment box.

You can also make a guess on those you think will make the list for the top 5 that would be published later this week.

Let the comments roll in, you might be mentioned for your views in our next episode.

This Top 10 Count Down is not of Waploaded.com, but of Absolute Hearts and of the Author of This post