Burna Boy Wants To Quit Music By October 1st But...

The singer who's been in the UK for several weeks, took to his Twitter today to reveal his plans of retiring from music on October 1.

However, a few minutes after sending out his tweets, he backtracked and said he was going nowhere after British singer, Lily Allen expressed disappointment at his announcement. Read the tweets beneath: 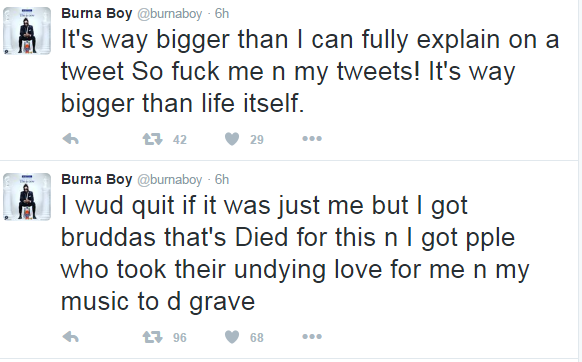