A rooster has been jailed in Honduras after causing chaos when he invaded a neighbour's field. The bird was caged by police after his owner got into a fierce row with another man in the city of Trujillo in the northern Honduran department of Colon.
Officers incarcerated the cockerel after it raided a plot of land, climbing trees and shattering the peace with loud cries.
Resisting arrest: The rooster was captured and put in jail after invading a patch of land in Honduras, sparking a row between his owner and an angry neighbour

The land owner threatened to silence the offender - only for the owner to retaliate by warning: 'If you kick the rooster I will kill you.' 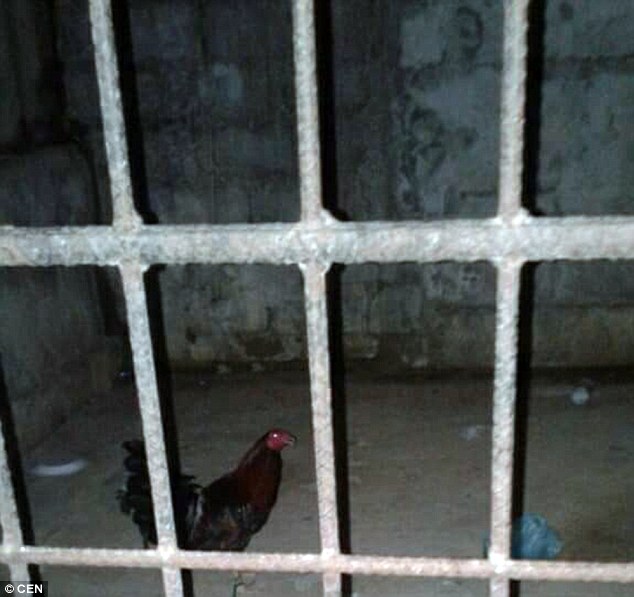 The row escalated and concerned neighbours called police, fearing the men were about to hurt or even kill each other.

Instead of arresting the men, officials captured the rooster and took it to the local jail - promising to free him only when the men reached an agreement.

A picture shows the brown and black cockerel wandering around its cell and looking out through the bars.