Staples Center, the home court of the Los Angeles Lakers, is already swamped with fans hoping to pay their respects to the 18-time NBA All-Star who won five NBA championships, two Finals MVPs and one-regular season MVP over the course of 20 seasons with the Lakers. 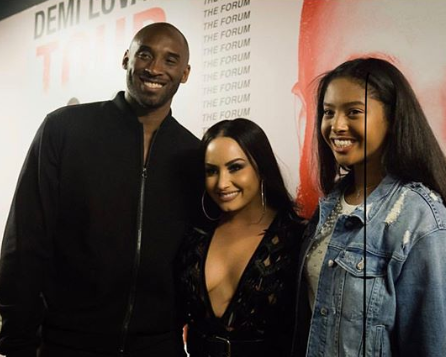 After a successful Basketball career, Kobe Bryant became an entrepreneur in the world of media, sports and entertainment. He notably won an Academy Award for the animated film “Dear Basketball.”

A bevy of sports stars and celebrities have taken to their social media pages to mourn the fallen star who was loved by many. See reactions below: 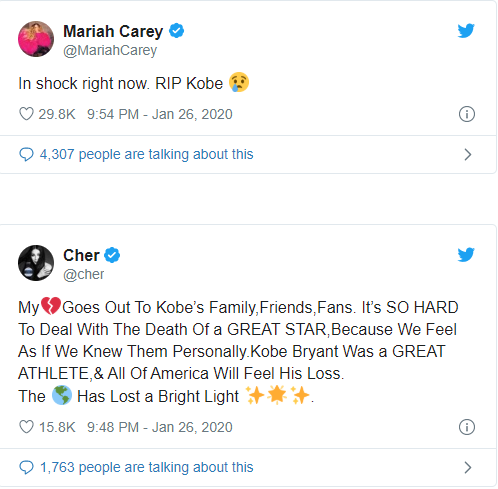 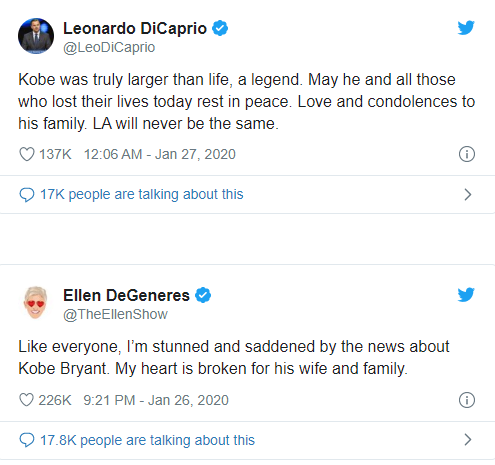 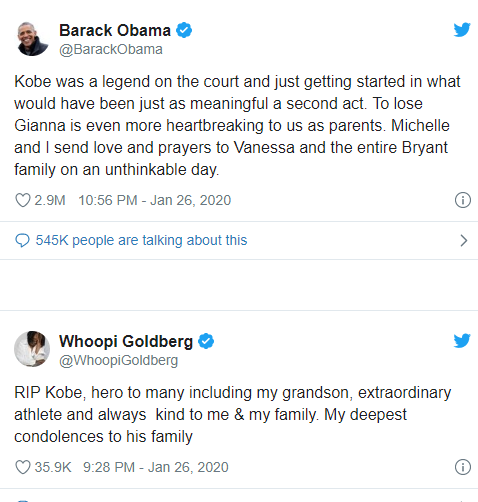 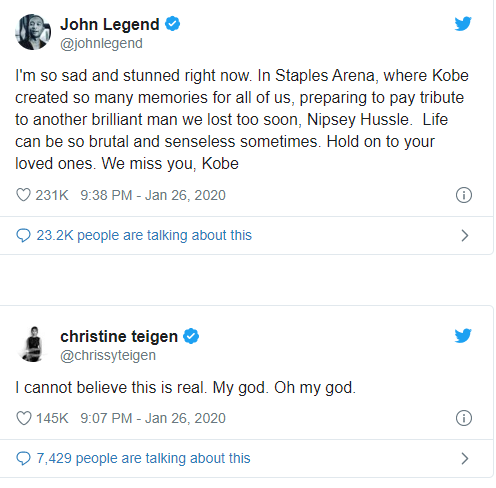 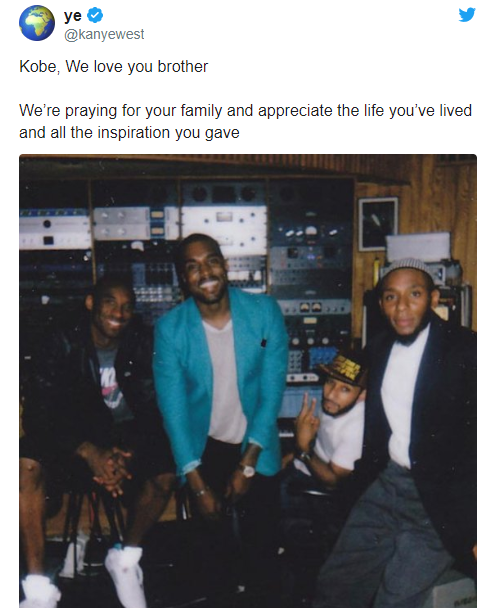 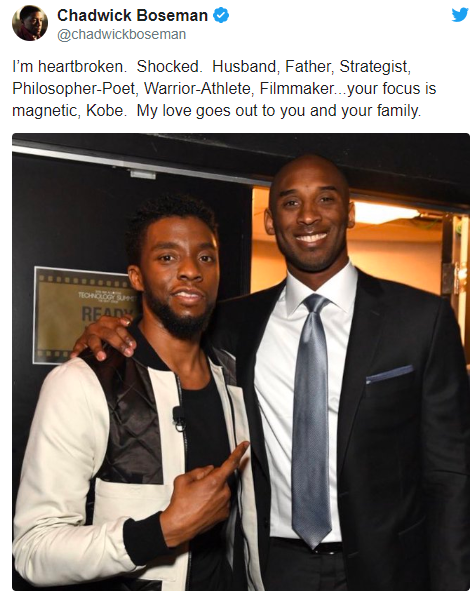