I strongly believe coronavirus is caused by corruption, says Magu

Ibrahim Magu, acting chairman of the Economic and Financial Crimes Commission (EFCC), says he is strongly convinced that corruption is the cause of coronavirus.

Magu said this at the passing out parade of 281 cadets of the EFCC Detective Inspector Course-5, at the Nigerian Defence Academy, Kaduna, on Tuesday.

Coronavirus, officially named COVID-19, broke out in Wuhan in Hubei province of China in December. 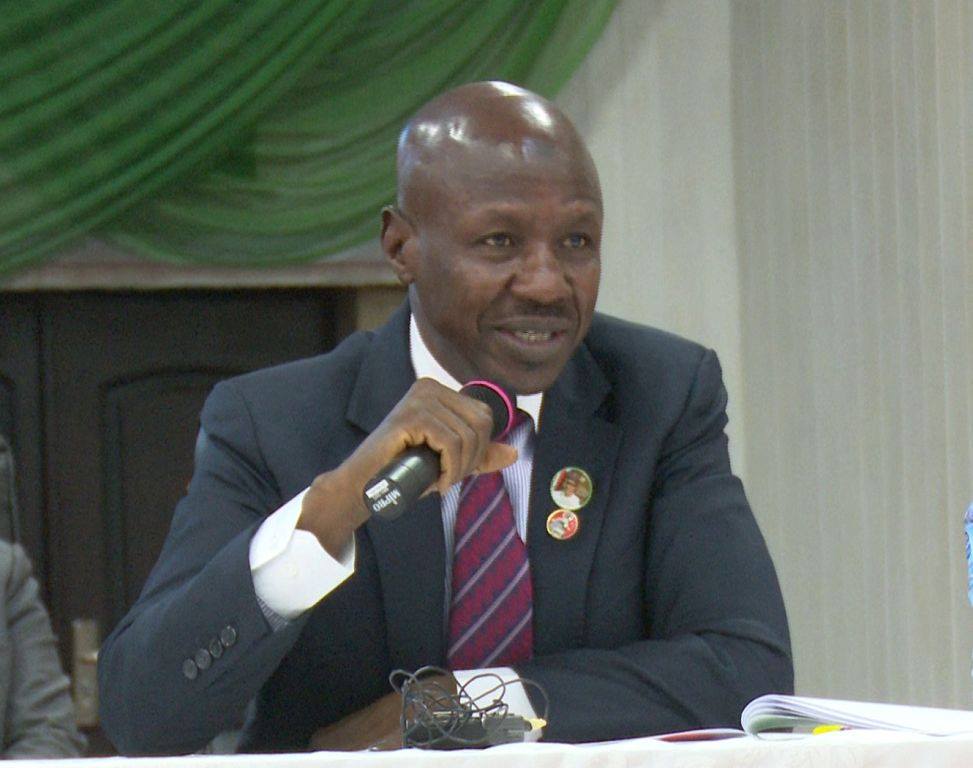 The zoonotic disease has since spread to over 25 countries, with over 73,000 infected persons and not less than 1,875 deaths.

But Magu, who was commenting on the side effects of corruption, said the social vice is worse than any known disease, and is the cause of coronavirus.

“The EFCC is not satisfied with just prosecuting and jailing the fraudsters, rather the commission has concluded plans to reform them in collaboration with relevant government agencies towards making them better citizens,” Magu said.

“EFCC has zero tolerance for corruption as our mandate is to kill corruption as corruption is worse than all the diseases we have now and I strongly believe coronavirus is caused by corruption.

“Corruption is a huge burden to our nation it has spread to insecurity, poverty, unemployment, falling standard of education, weak access to affordable health care, falling infrastructure and so many others.”

He said the fight against corruption is one that must be won to secure a better future for present Nigerians and future generations.

He added that one of the progress made in the fight against corruption is the increase in the convictions of cases.

“As part of vigorous pursuit, the commission has created new specialised directorate and section taking into cognisance the changing phase of criminality,” he said.