Home > “Your wife cannot cook and you are happy about marriage” – Fans blast Davido’s brother, Adewale and wife for always visiting the restaurant

“Your wife cannot cook and you are happy about marriage” – Fans blast Davido’s brother, Adewale and wife for always visiting the restaurant

Davido’s brother, Adewale Adeleke was involved in a heated exchange of banters on Instagram after some trolls called him out over his planned marriage, with the way the conversation went, it’s obvious he was really prepared for the dirty fight.

Adewale is set to wed this month, he proposed his girlfriend around July and they have a big wedding plan set to hold this month.

On Tuesday, Adewale took to his Instagram page to share a photo of himself with his wife, reminding his fans that December will be a month to remember.

Shortly after he posted the photo, trolls attacked him stating that his fiance can cook because she’s always at the restaurant. Adewale didn’t allow room for the trolls, he proceeds for a counter attack and also attacked people who liked the comment. 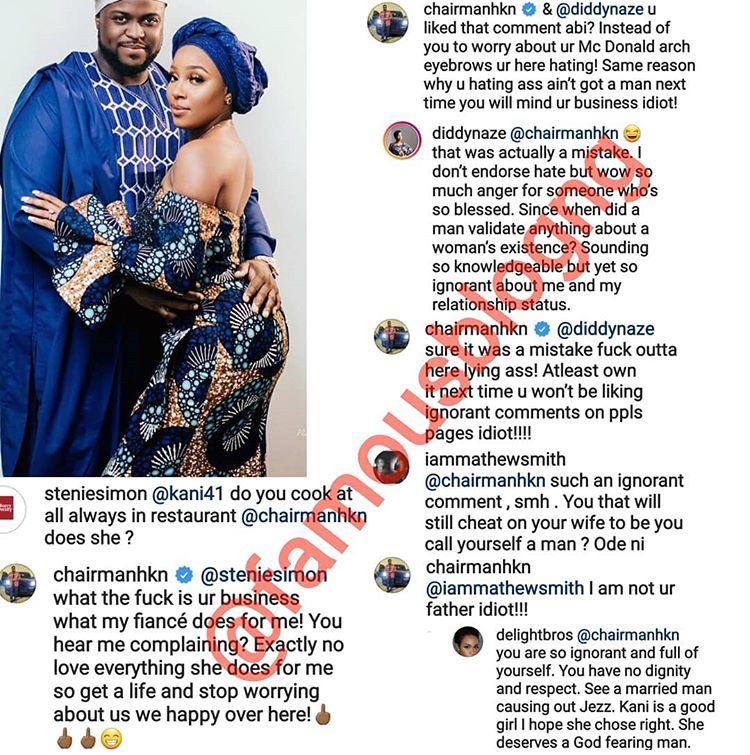