Home > Photos: Bishop Caught On Camera Having S*x With Niece

Photos: Bishop Caught On Camera Having S*x With Niece

A Kenyan bishop’s wife is accusing the man of God of having sexual relationship with his niece, after a CCTV camera she installed in their bedroom and sitting room captured them in the act.

According to The Nairobian, Irene Kavata, the wife of Bishop Jonathan Musyoki Muthoka of Jesus Liberation Ministry International, claims the man of God has been sleeping in their marital bed with the girl whom he had brought as a house help in their Savannah estate home in Nairobi.

The infidelity forced the wife to separate for a month with the bishop, who also works as a sales manager for a telecommunications firm.
Kavata has since moved to court seeking maintenance and upkeep payments for their children.

In a sworn affidavit dated July 19, 2016, Kavata reveals that Bishop Muthoka has been cheating on her since their grand church wedding in 2008 after they had cohabited for seven years.

In the court documents, Kavata claims that she discovered his infidelity during their honeymoon.
Her affidavit reads: “The applicant states that she has been subjected to live under psychological and physical torture since she found out that the defendant was having extra-marital affairs with women known and unknown to her.” 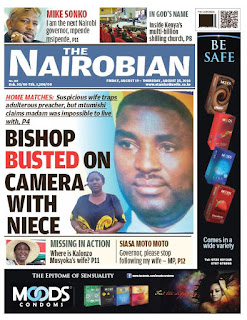 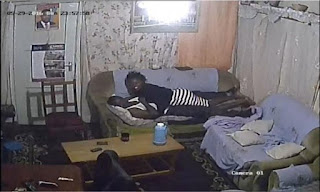 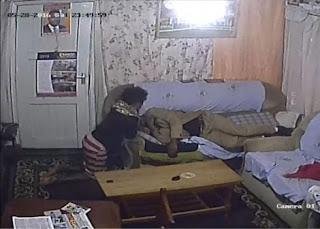