A baby born with a giant tongue that could have choked him to death can finally smile after surgeons sliced off half of it.

Aparajit Lodhi, from Jabalpur in the north Indian state of Madhya Pradesh, suffers from a rare congenital anomaly called Macroglossia, a medical term for an unusually large tongue.

The congenital overgrowth disorder was discovered when he was born, meaning doctors had to tell Aparajit's parents that he was not going to live very long.

The rare condition caused his tongue to swell so big that choked on his own mouth. Fearing Aparajit wouldn't survive, a breathing apparatus was required to keep him alive.

Four days after being born, the infant underwent a surgery that reduced the size of his tongue tumor.

It was a big tumor in the tongue and it took two hours to the team of doctors to remove the growth.

After the operation, the baby was given sugar water first and the mother was allowed to nurse him. 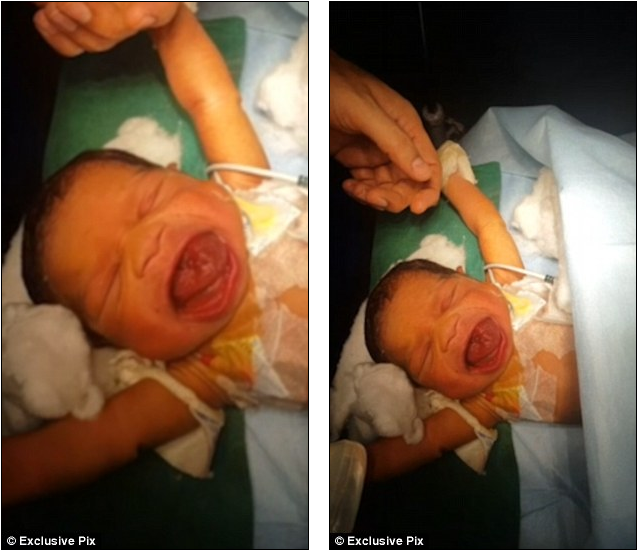