I don't know how true is this but according to a Facebook user Chukwudi Leo who shared the story,an Igbo man and his Hausa were yesterday involved in a fight over N50.

The Hausa man allegedly 'cut' him with a dagger.

Below is what he wrote..

'Enugu on fire happening live at new heaven a fight between a hause and Igbo man .

Just that this Igbo man is be own N50 by an hause Fulani man just went to the shop of the hause man for his balance and the hause refuse saying that he don't have money to give him so the decided to take something else just moment the ibo man pick up ciger the hause started fighting him even cut the Igbo with his dagger and run away just now the man his been rushed to hospital cus the knife cut some part of his nose off'.

I appeal to every Nigerian to embrace peace.

We can not continue this way.


Little by little,we can end up fighting a tribal war which we will regret in future. 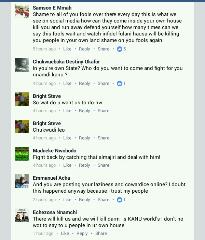 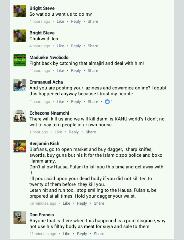