A man has been attacked in broad daylight by hundreds of bees which came for him on the street in front of many horrified people.

A video has shown the shocking moment an unidentified man was attacked by bees in public.

The man is reportedly now in the Intensive care unit of a hospital after the attack which occurred in Douala, Cameroon.

Eyewitnesses say the man was attacked and stung by hundreds of bees in broad daylight. He reportedly did his best to fight off the insects but was overwhelmed by the painful stings. 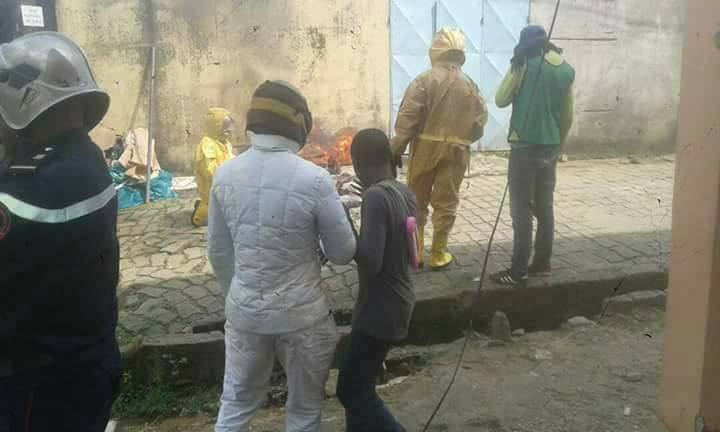 Watch the Photos/video below: