Here's a sneak peek inside Akodessewa Fetish Market described as the world's largest voodoo market where you can find all the fetish materials for voodoo priests.

Deep in the heart of West Africa, Vodou (Togo); Vodoun (Benin), or more familiarly, Voodoo (Haiti) is not only alive and well, but it is thriving.

Togo’s capital city of Lomé is the birthplace of the largest Voodoo market in the world – a kind of super supply store for fetishes, charms and anything else one might need for a ritual. 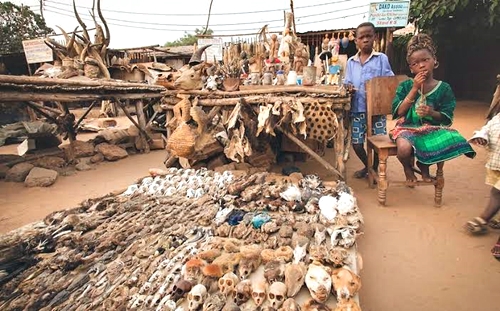 The Akodessewa Fetish Market, or Marche des Feticheurs, is a place where you can find anything from leopard heads and human skulls to Vodou (voodoo) priests who bless and create fetishes or predict the future and make medicines to heal whatever ails you.

Though many people think of Haiti as Voodoo’s biggest stronghold, the religion originated in West Africa. Vodoun is the official religion of neighboring Benin and is still the largest religion in the area, which is obvious given that the outdoor market’s location is in the heart of Togo’s capital. 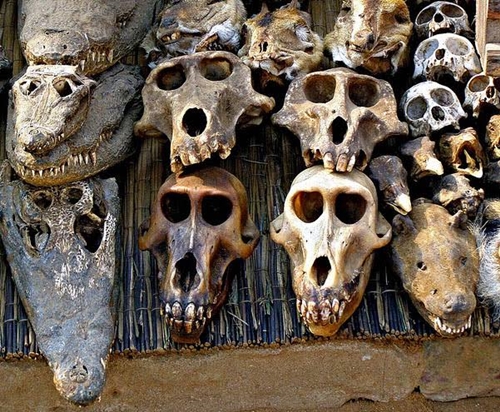 Although the market is owned and run by Beninese. The Akodessewa Fetish Market is a mecca to local practitioners and they travel there from all over the African continent.

Many believers view the Marche des Feticheurs as a kind of hospital or pharmacy – it is the place you go when you either cannot afford traditional treatment or traditional treatment has failed you. Here you can find talismans and charms good for treating everything from the flu or infertility to removing the blackest of curses. 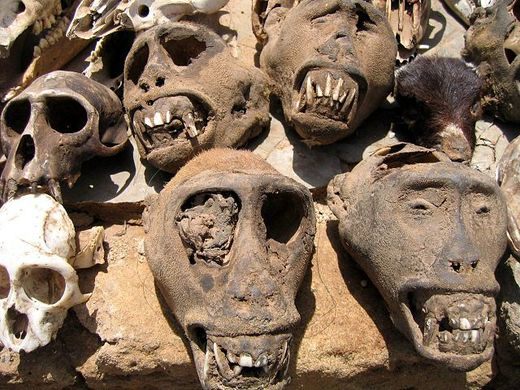 In the practice of Voodoo every single creature is potent and divine, whether alive or dead, and in the Akodessewa Fetish Market you may find them all – monkeys, alligators, goats, leopards, gazelles, and many, many more – in various stages of decay and stacked up in macabre piles for blocks.

The outdoor location doesn’t quite suppress the stench but at least the huge market is in the open air. It is a jarring place for tourists who are not used to the idea of animal sacrifice as part of worship or using pieces of the dead as talismans, but for locals who practice the religion, it is a treasure and a necessity. 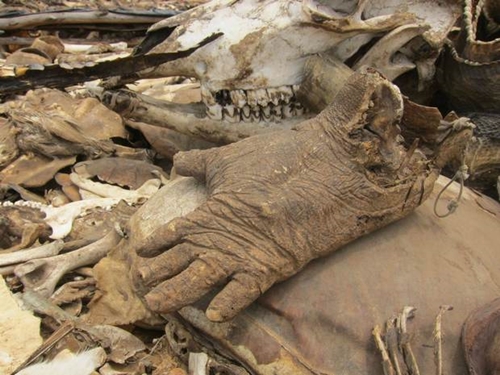 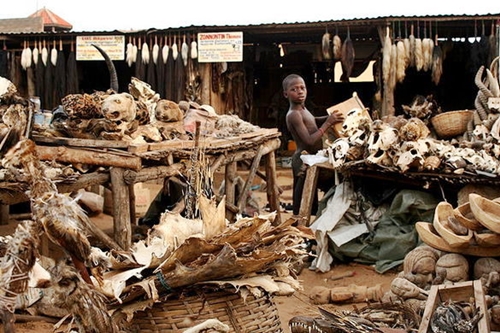