Home > Photos: How Police Busted A Mother And Her Son For Stealing Baby In Imo State

Photos: How Police Busted A Mother And Her Son For Stealing Baby In Imo State

The police in Imo state, Monday in Owerri, the state capital paraded before newsmen, one Mrs Ngozi Anyanwu and her son, Goodluck Anyanwu for allegedly stealing a day old baby from Chukwunonso Maternity in Umuelemai in Isiala Mbano Local Government Area of the state.

Briefing newsmen, the commissioner of police, CP, in the state, Mr Taiwo Lakanu said that he received the disturbing news of the sudden disappearance of a newly born baby and he immediately swung into action where the toddler was rescued .

According to the CP, the male baby who was delivered on August 19 was stolen the next day and with the responsive efforts put in place by his command the baby was rescued 48 hours later from the kidnappers den in Umuelemai in Isiala Mbano Local Government Area of the state.

Mr Lakanu said "on August 19, I received a distress call about the stealing of a day old baby in Isiala Mbano LGA, we quickly swung into action, where we recovered the baby unhurt and I am happy to announce to you that we have handed over the innocent child to the young parents", Mr and Mrs Ekwedike .

The CP disclosed that the suspects have made useful statements and would be charged to court, accordingly.

The prime suspect, Mrs Anyanwu who confessed stealing the child, however said that she stole the baby so as to punish the matron of the maternity whom she alleged had been wicked to her and has been owing her sums of money.

She said that she never intended to sell the baby or to do any evil to the child but to make sure that the matron pays for all the wrongs she had done to her.

The elated mother of the recovered day old baby, Mrs Uchechi Ekwedike who was full of praises to God and the CP said that it was on a second attempt that the woman stole her baby

The 21 year old mother revealed that she had taken her baby from the woman who she said she has never met before when she had finished easing herself and only to be amazed and shocked to her marrows when she couldn't find her baby after going outside to answer somebody. 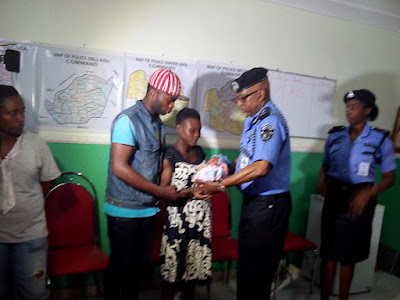 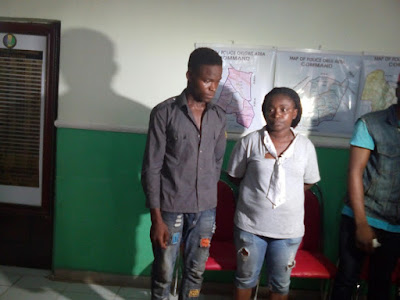 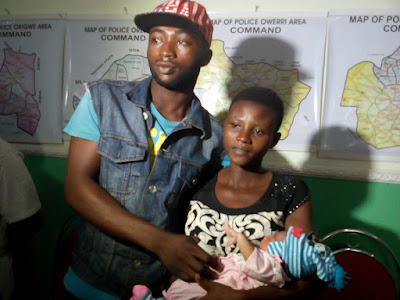 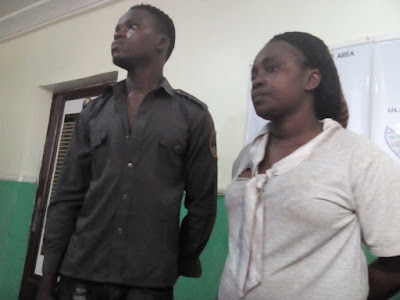