Although Frodd was saved as he gained high votes from his fans all over the country. But the same cannot be said for the housemates, Gedoni and Jackye who were evicted this night from the house. 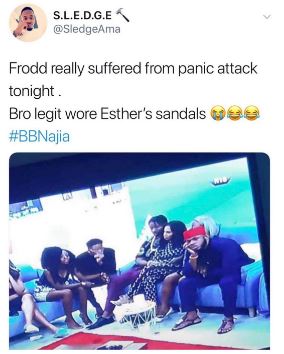 Khafi who has been so emotional since the exit of Gedoni was comforted by Tacha who received two strikes for misconduct in the house. Kemi Lala, the Nigerian Actress had warned Khafi in a post to be focused, else she joins Gedoni by next week.