In her post, Kemi noted that the reality star is shifting the attention of people from the hair she’s trying to sell to her breasts as she exposed them.

She further continued that Tacha’s indecent cleavage exposure is automatically giving people the license to criticize her breasts.

Read what she wrote below:- 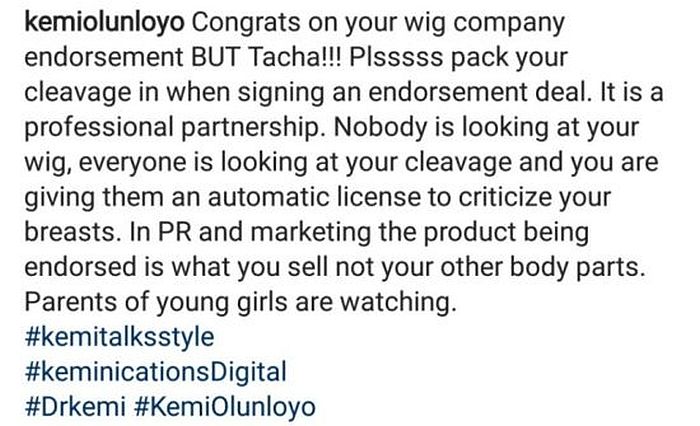