Angela Merkel arrived in Saudi Arabia without a headscarf as she landed for talks with King Salman.

The German Chancellor was greeted by the king and other top officials in Jiddah but opted out of the kingdom's strict dress code. 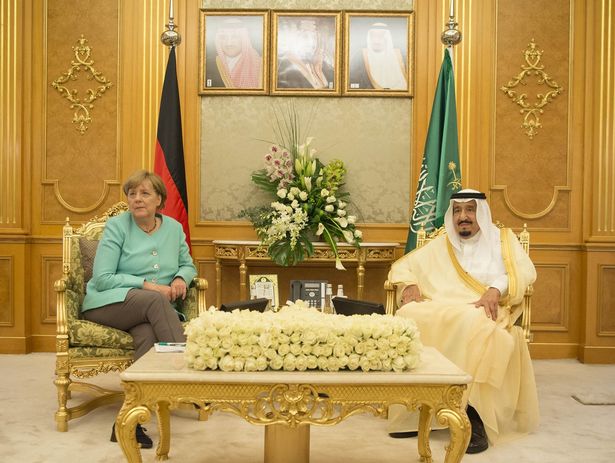 She is not the first Western woman to refuse to wear a veil, following in the footsteps of Hillary Clinton , Theresa May and Michelle Obama.

Saudia Arabia's conservative dress code requires women to wear a full-length robe and cover their hair. Women are also required to follow a guardian system and are banned from driving.

Ms Merkel has called for a burqa ban in Germany saying it is "not acceptable, it should be banned wherever it is legally possible." 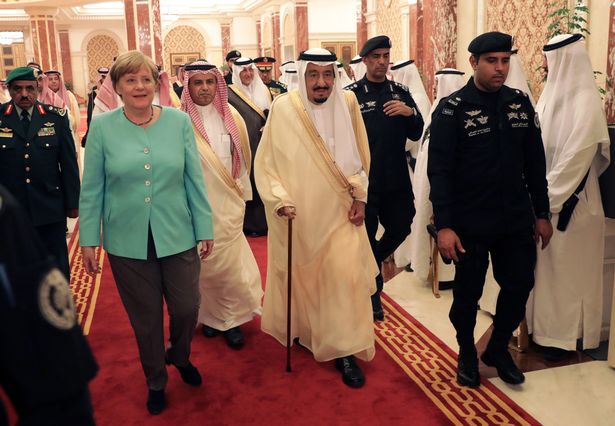 Ms Merkel is expected to press King Salman to help tackle the refugee crisis that has seen a huge number of people from the Middle East and Africa enter Europe. 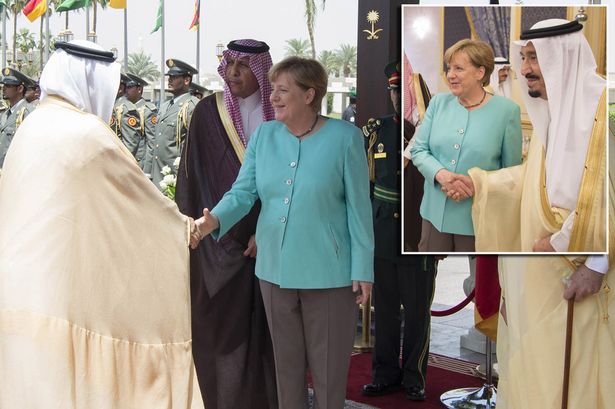 Her own country has helped hundreds of thousands of refugees from Syria, Afghanistan and Iraq in recent years.