See Adekunle Gold’s Reaction After Being Compared To Kizz Daniel

Nigerian singer, Adekunle Gold has reacted to a fan comparing him to a condom pack alongside Kizz Daniel.

A certain Twitter user shared a photo with two packs of condoms, one with Gold Circle written on it and the other with Kiss written on it.

The Twitter user then drew an analogy between the singers Adekunle Gold and Kizz Daniel using the condoms.

The “Young Love” upon seeing the tweet expressed his displeasure at the stale joke. He wrote, “Retire this joke, it’s tiring.”

See the picture below:- 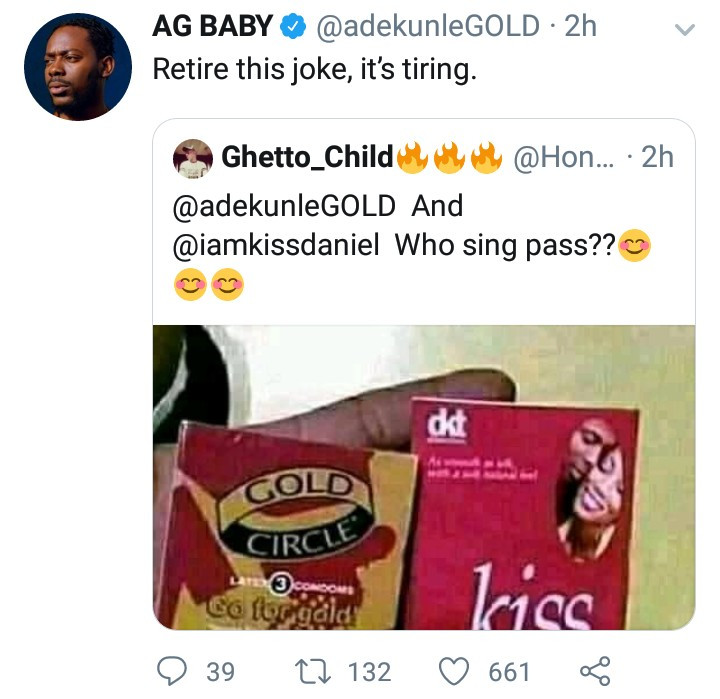